The Embassy of Argentina in New Zealand 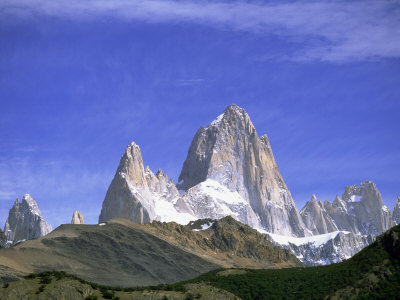 Argentina is a land of enchanting landscapes, from the lush tropical rainforests in the north, to the windswept plains of Patagonia. Whether getting up close and personal to the beautiful waterfalls in Iguazú, touring the vineyards of Mendoza sampling the goods as you go, trekking the evergreen forests of the Lake District or playing the gaucho in the fertile Pampas, Argentina provides wonderful and memorable adventures with something for everyone.

Argentina shares its position with New Zealand as a fellow Southern Hemisphere nation and therefore its seasons are experienced at the same time. In general, the summer is the best time to visit Patagonia and the South Andes because of the mild temperatures and long days. Wintertime is recommended for travelling to the North and Northwest as rains are less frequent and tropical temperatures drop a few degrees. Autumn and spring are beautiful in Buenos Aires, Cuyo and the pre-mountain range areas of La Rioja and Catamarca. Argentina has the highest standard of living in the region, with a comprehensive technical, transport and services infrastructure.

Some of the best deals to Argentina are offered by Aerolíneas Argentinas which is Argentina's national carrier, which currently flies from Australia direct to Buenos Aires.

To get to other destinations in Argentina, such as Río Gallegos, Ushuaia and El Calafate, you would have to look at purchasing an add-on fare or air pass from either of these two citites.

If you plan to do a fair amount of travelling within Argentina (or to other South American countries), you may want to think about buying an air pass with your main ticket. These passes offer substantial savings, but can be bought only outside South America with your international ticket.

Due to the country’s large size, planes are best to travel long distances, and you can then take overland transportation to get to your final destination. Domestic flights and flights to Uruguay depart from Jorge Newbery Airport, located to the north of Buenos Aires beside the Río de la Plata.

You may obtain a VAT reimbursement to any purchases of local products made for an amount over $70 (per invoice) in shops operating with the “Global Refund” system, as follows:

Restaurants: lunch is served as from 12.30 p.m. and dinner as from 8.30 hours. Fast-food menus are served in many restaurants at all times.Tips

10% of the amount of the bill is usually left in cafeterias and restaurants. Doormen, porters, and ushers in cinemas and theatres are also generally tipped.

The electrical system in Argentina is 220 Volts and frequency 50 Hertz. If you have electrical applicances for 110 volts you can purchase adaptors in specialised stores.

To see a list of the public holidays in Argentina please visit:

The City of Buenos Aires has a free toll line (0800 999 283887) for tourists that need assistance. Assistance is provided for national and foreign tourists and calls are answered in Spanish, English, Portuguese, Italian and French. The complaints handled are for:

• cases of commercial abuse;
• robberies, theft, offences, losses and failure to locate any person;
• non–fulfilment of a contracted service.

To start planning your trip to Argentina we recommend you consult the following websites which offer useful information on the many things to see and do whilst in our country.